Les Huit Cares del Minotaure. The Eight Faces of the Minotaur. The images that you can see correspond to a selection from the book published, with the same name, in 2006. It is a project that I began in 1982 without having a clear idea of how it was going to develop. It deals with the festival of the ‘toro embolado’ (bull without fire) that has been celebrated in Ontinyent for almost 350 years, surely the oldest and most popular celebration of this city. In reality, what most interests me about this work is the relationship between man and beast, the tension/attention that is generated. Far from being sensationalist images, I have tried to capture what happens in each moment, and needless to say, always at the level of bull’s eyes. Accompanying each one of the book’s eight sections are a set of magnificent texts by David Mira. 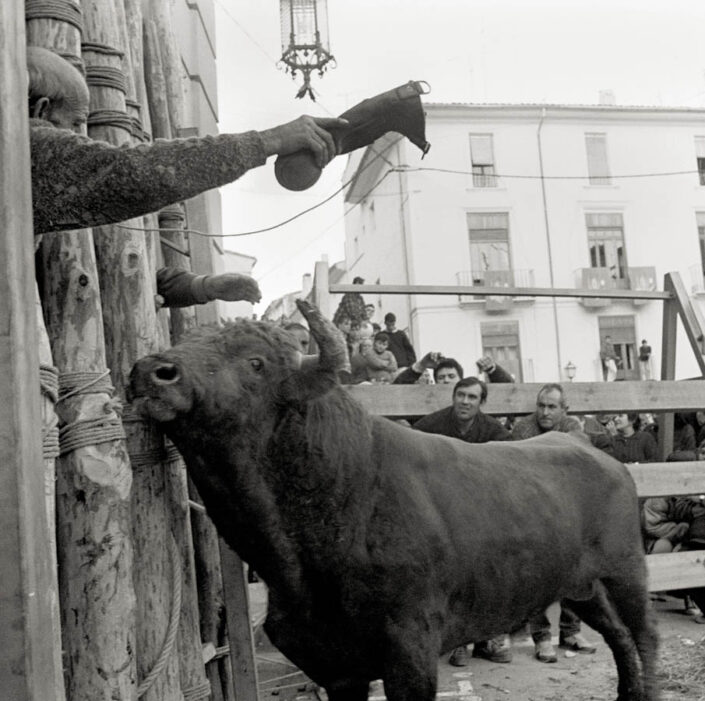 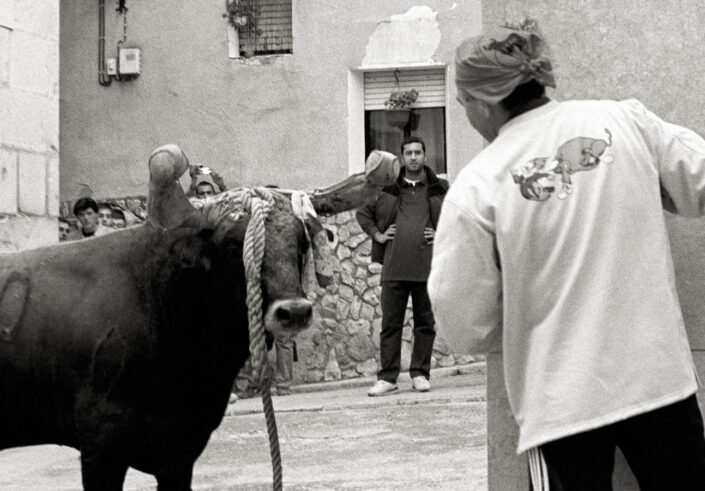